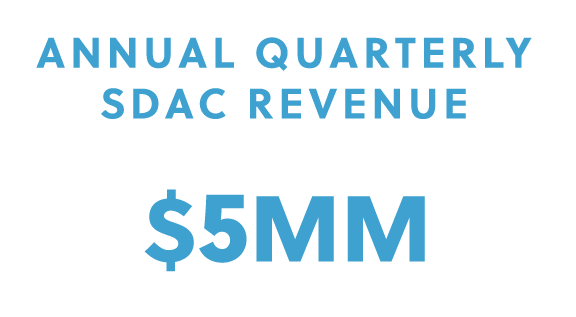 School districts in Missouri were presented with a serious challenge when the company that had been operating the statewide SDAC program announced it would be discontinuing operations. Suddenly they were faced with the prospect of losing approximately $20 million per year in SDAC funding.

As there was a lack of clarity with regard to the SDAC program nationwide, the state’s initial response was to do nothing until the U.S. Congress reached its decision. This would cost participating school districts a loss of all SDAC funds for the approaching fiscal quarter – a total of $5 million.

When Accelify was made aware of the situation, we immediately put together a task force to determine the necessary actions required to allow school districts in the state to submit SDAC claims for the approaching quarter and beyond. Accelify established a working relationship with the State’s official School Board Association, helping them create and obtain state approval for a new Medicaid claiming consortium.

During this time, Accelify also developed and launched a website that would allow school districts to securely register as members of the new consortium, in addition to obtaining state approval for our electronic Random Moment Time Study (RMTS) system, AcceliTIME.

Despite the time constraints that surrounded our efforts – including the fact that school districts in the state were on summer break at the onset of the new program – Accelify managed to launch the new consortium in time for members to submit SDAC claims for the approaching fiscal quarter.

Due to Accelify’s quick response to the situation at hand, 300 school districts were able to receive approximately $5mm in SDAC funds that would have otherwise been permanently lost.